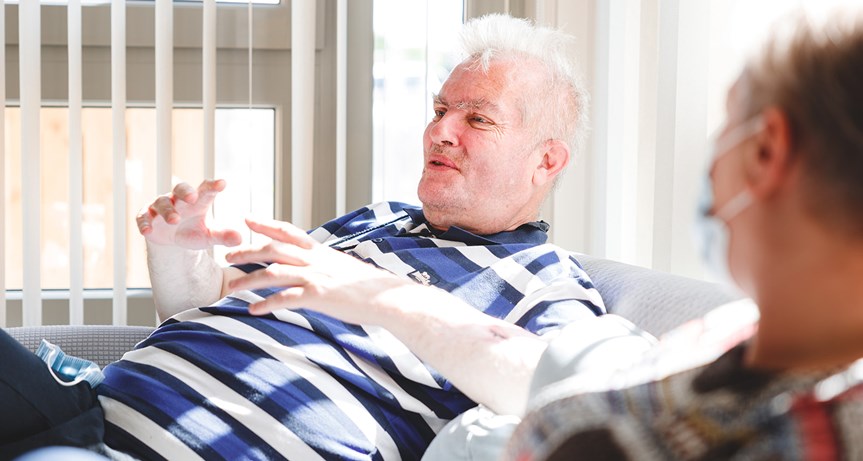 Kenneth isn’t new to living on his own, he’s done this for some years now. However, difficulties with his neighbours at his previous house were negatively impacting upon his health.

Therefore, the move to his new flat turned out to be just what he needed.

Since moving in and having access to additional support, Kenneth is feeling happier, and healthier too. He knows he can get support to manage his finances or if he has any health worries. There is also always someone around to check in with, which has helped him to manage his anxiety about his health.

He has become firm friends with his neighbours, twin brothers Ian and Graham, and since
restrictions have allowed, they spend a lot of time together chatting and enjoying a cuppa.

Now that restrictions have eased, Kenneth has been able to enjoy one of his passions, travel. He has travelled far and wide throughout his life, and if he’d enjoyed better health, he would’ve loved to have been a bus driver. Although recently he hasn’t been as far afield as some of his previous destinations, such as Italy and Spain, he has taken the bus to Largs and Ardrossan. He’s also hoping it won’t be too long until he’s able to take the bus to his very favourite city, London.